Few will benefit from FBT exemption for EVs

Figures suggest the measure will reduce the cost for just a few thousand owners a year, says IPA. 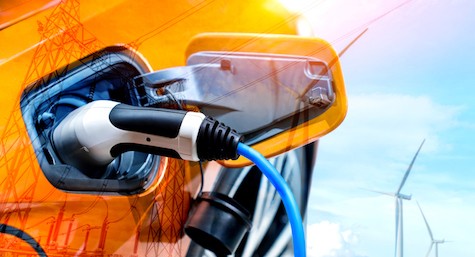 Removing the FBT on electric vehicles will help just a few thousand buyers this year, according to calculations by the IPA.

A first-year cost of $20 million for the scheme implied around 2,000 vehicles owners would benefit, the general manager of technical policy Tony Greco said, with supply issues one critical factor in crimping sales.

Introducing the measure last week, climate change and energy minister Chris Bowen said it would save an employer providing an EV costing $50,000 up to $9,000 a year in FBT, or $4,700 where the arrangement involved salary sacrifice.

The scheme removes FBT from electric, plug-in hybrid and hydrogen cars supplied by employers to staff if the vehicle price falls below the luxury car tax threshold.

Mr Bowen said by lowering the upfront cost of the vehicles, Labor was addressing a “significant barrier to their uptake”.

“Importantly – as families struggle with the rising cost of fuel – encouraging more affordable EVs into the market is an important step in addressing transport costs over the medium term and building resilience to global oil prices,” he said.

“This legislation will encourage greater take up of electric cars and contribute to reducing transport emissions.”

Mr Greco agreed it was a “necessary step to increase the take-up EVs” that supplemented state incentives such as free stamp duty.

“However, the FBT exemption is only good for employees who have the ability to salary sacrifice so it’s not available to anyone,” he said.

“The other more important issue is lack of supply of EV’s which is contributing to inflated prices.”

He said the vehicles themselves would eventually reach the second-hand market, “hopefully at a lower entry point for those who wish to purchase such vehicles”, although data on resale was necessarily thin.

“No one knows what an EV will be worth at the end of the lease term so there is some uncertainty around resale values which could come back to bite employees who usually carry this burden under most salary sacrificing arrangements,” he said.

The $20 million first-year cost of the measure equates to 2,200 vehicles at the maximum benefit on $50,000 cars, or around 4,300 using salary sacrifice. The cost estimates double in the following year and rise to $90 million in 2025–26, when the scheme will be reviewed in the light of EV sales.

That compares to EV sales of 9,680 over the first six months of this year, already a fourfold increase on last year’s figure.

The most affordable EVs here are small Chinese SUVs and include newcomer BYD, with its Atto 3 about to arrive from $44,990 driveaway, and former British brand MG with its ZS EV from $46,990.

With the luxury car tax threshold for fuel-efficient vehicles set at $84,916 this year, the FBT exemption also applies to EVs from Hyundai and Kia, plus a model from each of Mazda, Mini, Nissan, Lexus, Polestar and Volvo.

However, the lion’s share of this year’s sales has gone to more expensive brands, with Tesla taking almost half the market with models starting at $65,500.

Pure electric vehicles outsell plug-in hybrids more than four-to-one, despite many more available models, while sales of hydrogen cars can be counted on two hands.

Taken together, EV, plug-ins and hydrogen cars amounted to less than 2.5 per cent of new vehicle sales to the end of June.

While buyers of premium EVs from German and UK brands will miss out on FBT savings because they offer nothing below the LCT threshold, they will benefit from a decision to remove the 5 per cent import tariff on EVs.

It applies to the landed cost of a vehicle and will reduce the price of EVs ranging up to $350,000.